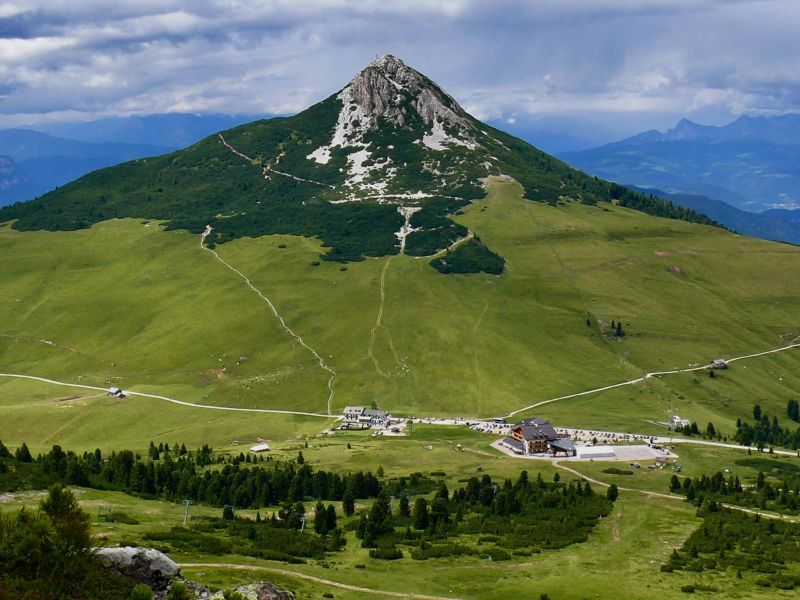 Welcome to the Dolomites! We are at Passo Oclini. Are you here with your family or on your own? Are you practicing a sport? Or are you perhaps helping out someone who could have never come here on their own? Whatever the reason you find yourself up here, you have taken time for an outdoor adventure. I will be your guide, giving you useful information and at times suggesting you where to look with particular attention to discover things you might not know.

The stroll lasts about 45 minutes, but if you listen to all the insights available at every stop, I mean every and each one of them, it will take you roughly one hour and a half.

By the way, if you scroll down on your smartphone’s screen I will give you further information on how to make the best of the insights - both for children and grown-ups.

How to use the guide

How to use the guide

In these insights we bring to your attention some curiosities about the places around you, giving at times some suggestions on what you could do. In some cases, you might find the visual or tactile experiments we propose somewhat challenging - for example if you are at Passo Oclini when there is a lot of snow. So allow me a recommendation: caution and safety first of all!

Are you here with your family? I suggest you focus on the insights for children that I’m sure you already noticed. They will find food for thought, lots of questions, and some answers too. It will be up to you to supply the missing ones. Enjoy the stroll.

Why are they called Dolomites?

Why are they called Dolomites?

These imposing mountains are named after the Dolomia, a particular type of rock, very common around here.

It was named after the French naturalist Déodat de Dolomieu.

He was the first, back in 1700, to collect some samples of the rock while crossing the Trentino-South Tyrol  region. He then sent them off to be analysed by a colleague of his, specialised in chemistry, and so he realised he had discovered a type of rock that nobody had ever described before.

Are you with your parents, or with your grandparents? Ask them what they know about the Dolomites. If they do not know why they bear this name, surprise them!