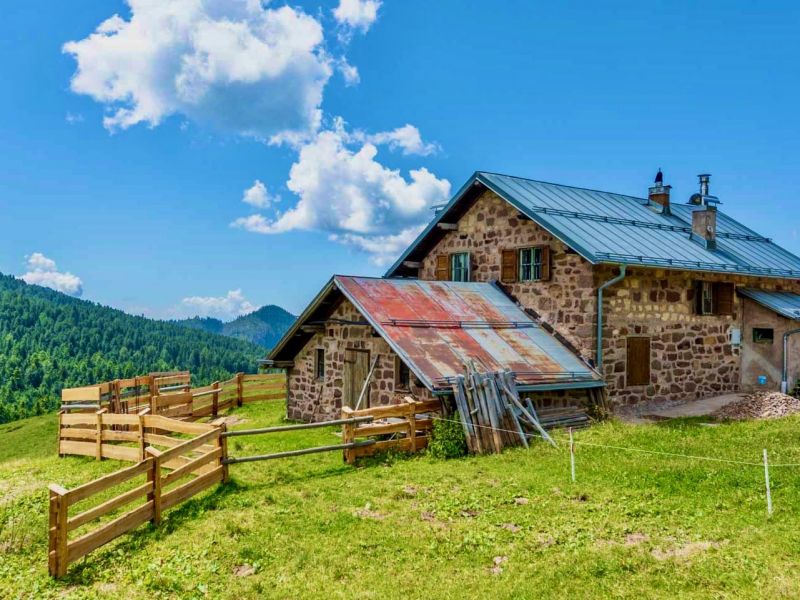 Passo Oclini is located between the Corno Bianco and the Corno Nero mountains. Man has been coming to these places for 10.000 years. The meadows and the woods have been used for hunting and herding since the beginning of the Mesolithic, that is, between the IX and VIII millennia B.C.

In that period, the Adige valley was just too hot for life, so the settlers sought shelter on the mountains.

In 1977, during an archaeological excavation carried out precisely here, traces of settlements were found, and 55 tools made of flintstone from that time.

At the top of the Corno Nero instead, archaeologists have discovered a place for ritual sacrifices dating from between 1,200 and 900 B.C., that is, between the Bronze and the Iron ages. Among the uncovered tools, there were some sharpening stones made of sandstone, some ceramics, burnt animal bones and a bronze dagger.

Many millennia afterwards, in the Middle Ages, these places were exploited again by the  Knappen (German miners). Go to the insight to listen to their story.

The value of a tree trunk

The value of a tree trunk

Using a simple hand hammer and a chisel, the Knappen excavated the narrow tunnels that characterise the Taubenleck mine, in the Bletterbach gorge. It was the end of the 15th century and these skilled miners of German origin concentrated their efforts  in layers rich of carbonised tree trunks, at the base of the Val Gardena Sandstone, one of the rock formations in the Bletterbach gorge.

All this work for some old coal, you might wonder? Actually, what those miners were after was not the coal itself, but the copper contained in the same layers as the coal. These geological layers characterised by the presence of carbonised tree trunks are a real treasure chest. Some of those found in San Lugano, in the municipality of Trodena, not far from here, contained a rare mineral, discovered for the first time ever in 2016 in Southern Australia and named “middlebackite”. Investigations were conducted by the MUSE - the Natural Science Museum in Trento - in collaboration with the Ecomuseo Argentario.

To do: Want to find out more on the magical world of minerals?  Visit the MUSE in Trento, the Science Museum in Bolzano, the GEOMuseum in Redagno or the Geological Museum in Predazzo.

Have you heard about the farmer covered in hay?

No, it's not a joke, but a fairly ancient local tradition. Back in 1800 at Passo Oclini, country folk used to dig a hole in a great heap of hay, where they would slip in to sweat, thus o alleviating the symptoms of some illnesses, e.g. rheumatisms.

Smell: depending on the season, you might smell the scent of grass or freshly cut hay, of crushed leaves or moist soil.